Home
Blog
why do pupils dilate 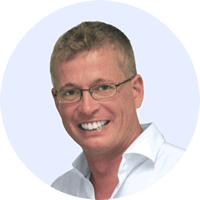 Pupils dilate for many reasons, including lighting conditions and medications. Dilated pupils can also be a response to emotional states. This article will look at why pupils dilate in more detail, identifying some of the most common reasons.

What Are Dilated Pupils?

Dilated pupils are pupils that appear enlarged and larger than normal. The muscles in the iris control your pupils' size as does the amount of light entering the eye. Generally speaking, the pupils constrict in bright light conditions to allow less light into the eyes and dilate in dim lighting, allowing more light into the eyes and enabling us to see more clearly. Release of adrenaline causes pupil dilatation in the ‘fight/flight/fright’ reflex mechanism.

When one pupil is larger than the other this is known as anisocoria.

There is a broad range of factors which cause dilated pupils. Here are some of the most common causes:

Both prescription and non-prescription medications can affect how our pupils respond to light, causing them to dilate. Medications that cause dilated pupils include:

Serious eye injuries can damage the iris and cause dilated pupils.

Head or brain injuries such as a tumour or a stroke can affect how our pupils react to light causing dilated pupils in one or both eyes.

Adie's pupil is a rare neurological disorder also known as tonic pupil where one pupil is larger than normal and slow to respond to light. In some cases, it may not constrict at all. The cause is believed to be a viral infection, and does not generally affect visual function otherwise.

Illegal drug use, including the use of cocaine, amphetamines, LSD and ecstasy, can cause dilated pupils and slow down their reaction to light.

Benign episodic unilateral mydriasis is a harmless condition that can cause spontaneous pupil dilation in one eye. Headaches, eye pain and blurry vision, are also associated with this unusual condition.

When bright light turns to dim light, the pupils dilate to allow in more light, allowing us to see better.

Eye exams use eye drops to dilate pupils so that the ophthalmologist can see inside your eye and at the back of your eye.

Dilated pupils may be a sign of attraction. When we look at someone we like, our pupils may

dilate due to the chemical release of dopamine. Dopamine levels peak when you have a sexual interest in someone or are romantically attracted to them. Oxytocin also plays a role in this, which is why both these hormones are known as 'love hormones.'

Nevertheless, another experiment showed that women respond differently to dilated pupils. In this experiment, they were shown images of men with a range of pupil sizes, and when asked to compare the attractiveness, the results were less predictable. Those who were drawn to 'nice guys' found men with medium-sized pupils the most attractive, whereas those who preferred 'bad boys' were more interested in those with larger pupils.

One study even found that a woman being in her menstrual cycle can determine how her pupils react to attraction. During the fertile stage of a woman's cycle, the study found that women's pupils grow largest in response to sexual stimuli.

Do Pupils Dilate When You’re Angry?

Pupils also dilate in response to other emotional states such as when you're angry or even as a fight or flight response when you fear something. During these emotional responses, the pupils dilate so that we can evaluate any threats more clearly.

When to See a Doctor for Dilated Pupils

While dilated pupils are usually nothing to be concerned about, they can sometimes signify a more severe condition such as a torn retina, an eye tumour or a life-threatening condition.

If you notice dilated pupils after you've had head trauma or experiencing symptoms of a stroke, including dizziness, confusion, and headaches, you should see your doctor immediately.

A range of factors can cause eye dilation, including harmless factors such as sexual attraction and emotional states as well as more severe ones such as brain injuries requiring serious medical attention.

You can manage dilated pupils by avoiding situations where there is bright light and by wearing sunglasses outdoors.

You may wish to purchase glasses with photochromic lenses. These will automatically darken outdoors in daylight, providing you with greater comfort. Alternatively, polarised sunglasses can aid comfort and will reduce glare.

If you’re looking to enlarge your pupils and catch the eye of someone extra special this Valentine’s Day, consider wearing coloured lenses such as FreshLook Dimensions or FreshLook Illuminate contact lenses. Both these lenses by Alcon & Ciba Vision do wonders to enhance your pupils' size, providing you with a striking look.

AMD/Low Vision Month - How Your Eyes Change as You Age